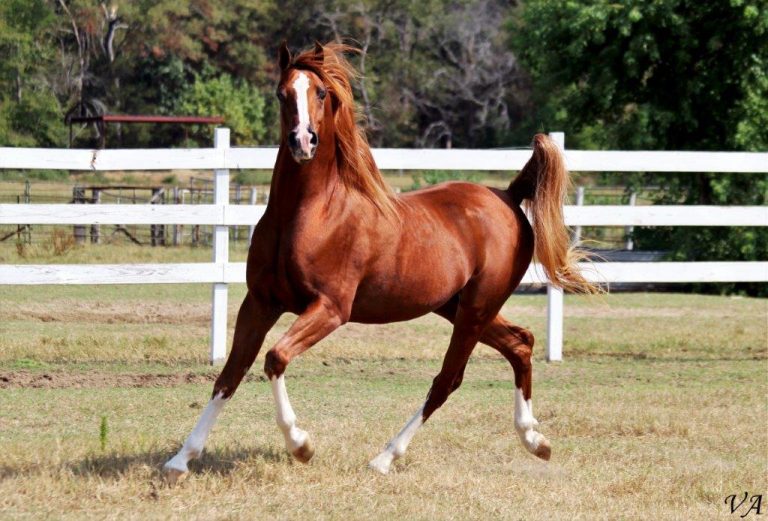 VA CHIPS AFIRE was bred to be an amazing athlete and he has proven to be so. Among his many titles are three U.S. Top Tens in country pleasure, two with a select junior rider, proof of his kind disposition and willing attitude. Because of his show career he has relatively few get, but all show the same great work ethic and will soon be starting their competitive careers. His sire has been deceased for five years and he is one of his few breeding sons. VA CHIPS AFIRE is a paternal brother to 36 National winners, including National Champions in halter, park, english pleasure, country pleasure, show hack, hunt pleasure, sport horse in hand, hunter hack, and working hunter. VA CHIPS AFIRE is by multiple National Champion English Pleasure, National Champion Park and U.S. Top Ten Futurity Colt HF MISTER CHIPS+.

VA CHIPS AFIRE is the one to consider if you value beauty, athletic talent in multiple disciplines, and a people loving, trainable temperament! 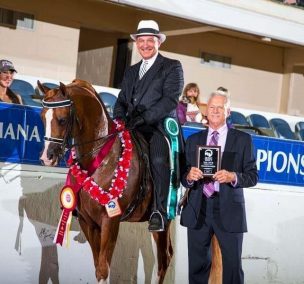 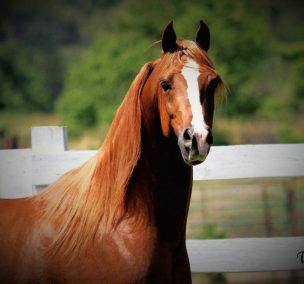 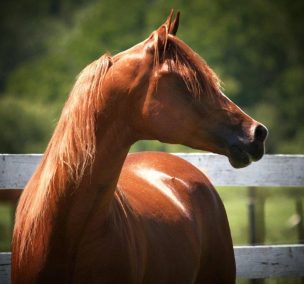 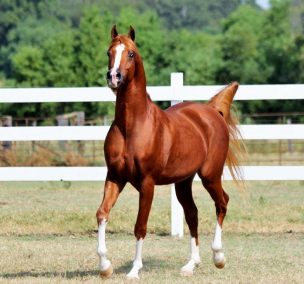 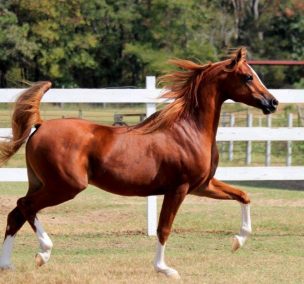 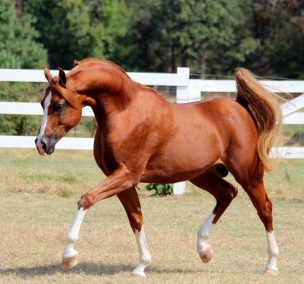 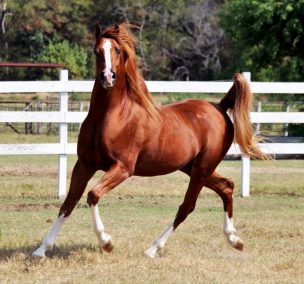